So 2020 isn't going to be a year we'll forget in a hurry - even if we want to. Covid-19's effect on us has been severe. Having caught the virus early on we've now been closed since March 10th and with this has meant the cancellation of many workshops, closing the shop, halting our intern programme and shutting our members area. But with all of this we have found ways of getting on and creating. Along with the local authority grants we've also been given some funding via the City Of Culture Resilience fund which we're really grateful for. For the time being we don't know what the future holds. We don't know if we'll be able to open at the beginning of June and when it will be safe to hold workshops again - or whether anyone will want to come but we will keep persevering until the resources we have run out. For now we are putting our focus on the shop as this is something we can still operate from a distance. With our new website launch we have a wider selection of items to purchase. We'll be offering a same day delivery service for any CV1-CV6 postcodes as well as click and collect when FarGo reopens. Please think of us if you are looking for gifts or items for your home.

Scout editions
We spotted Scout Editions at Top Drawer when we first opened and we're so happy to be finally be offering their items at PMF.

Egg Press
It was mainly 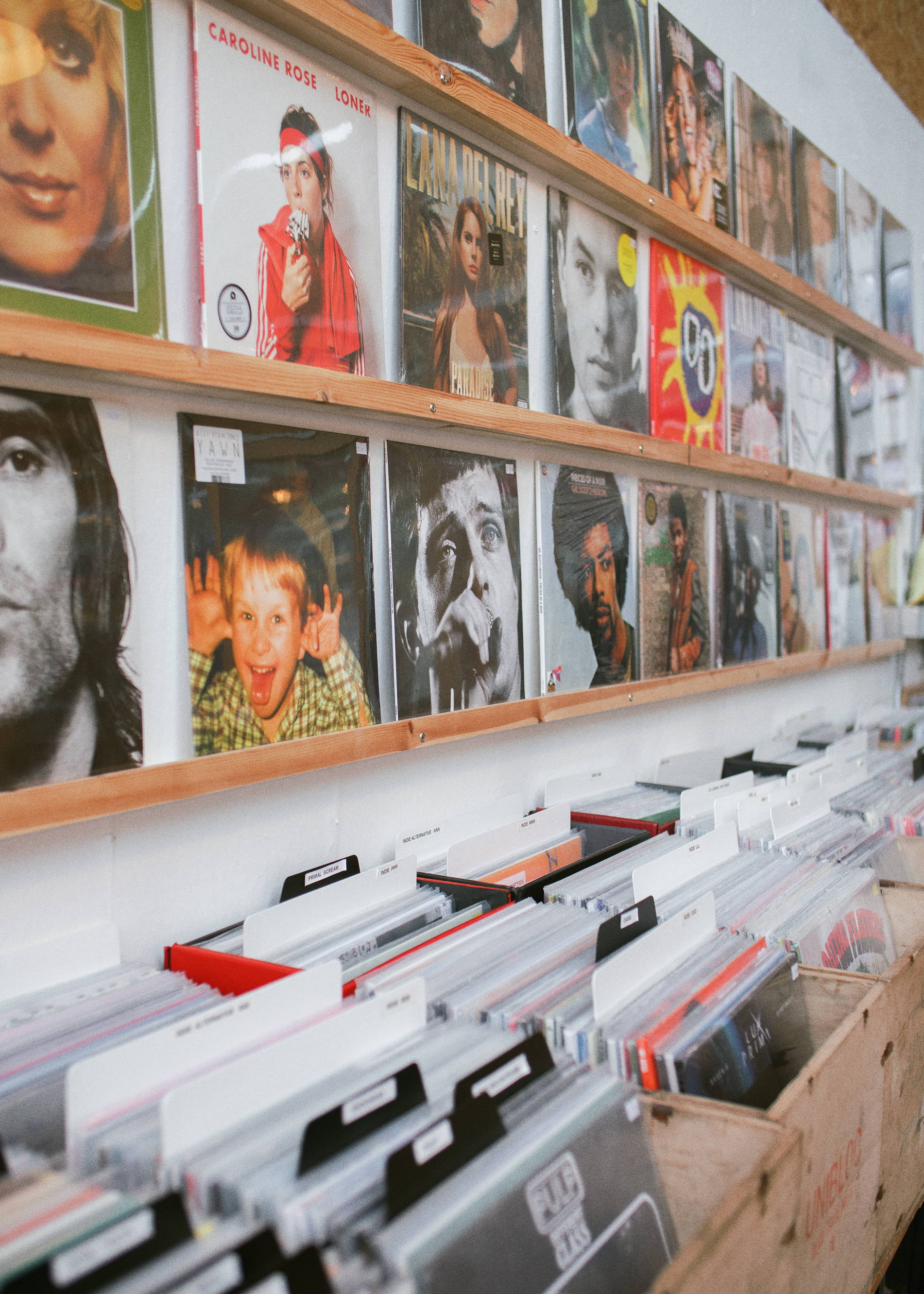 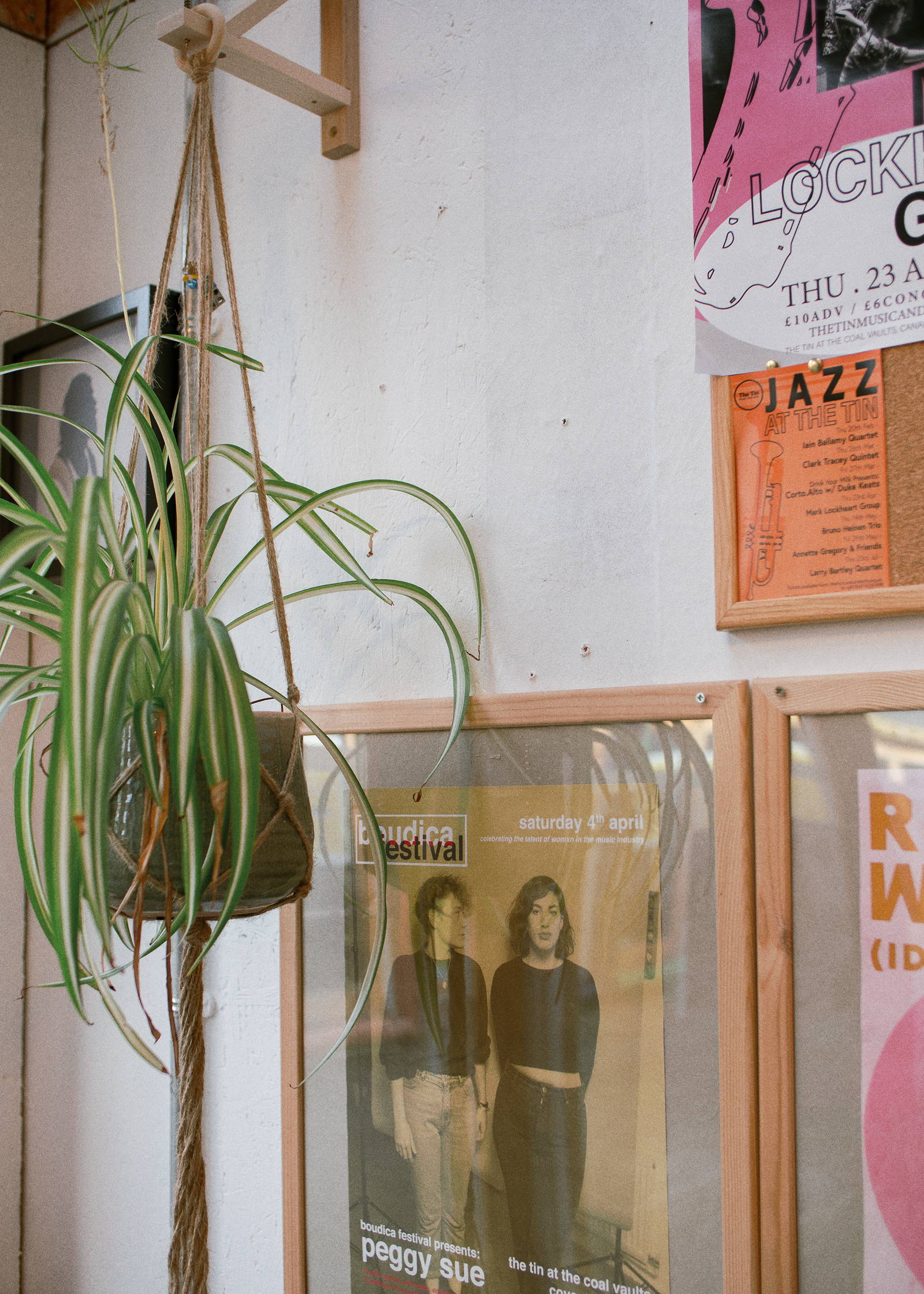 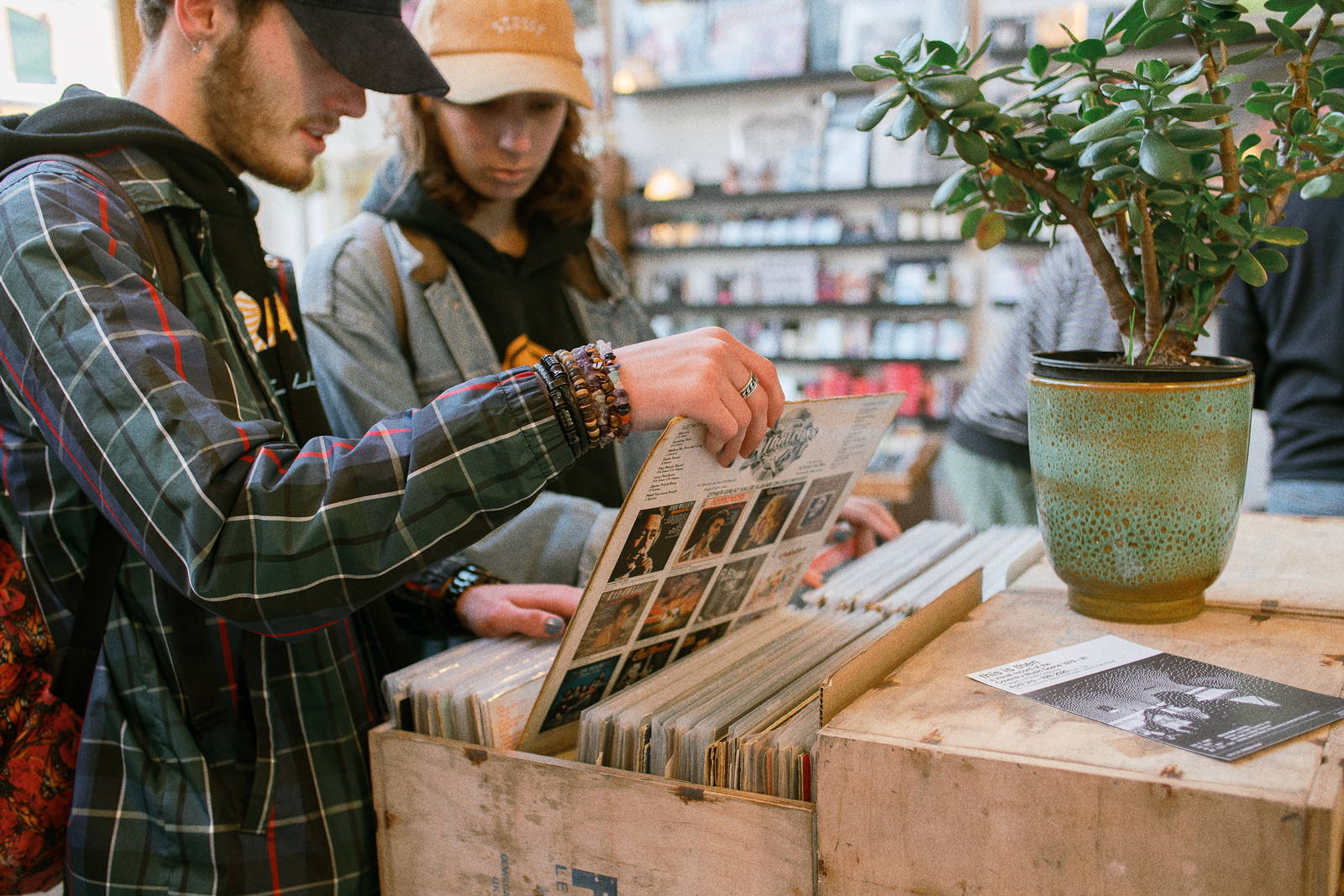 "I’m not really interested in sending records all round the world. Hopefully they have record shops near to them and they should support their local record shops. It’s all about representing a record shop in Coventry, it being the best record shop I can make. The more people go online, which I know they will - we all do that - there also needs to be that opportunity to come in. The community needs to be nurtured"


The organic company
A real 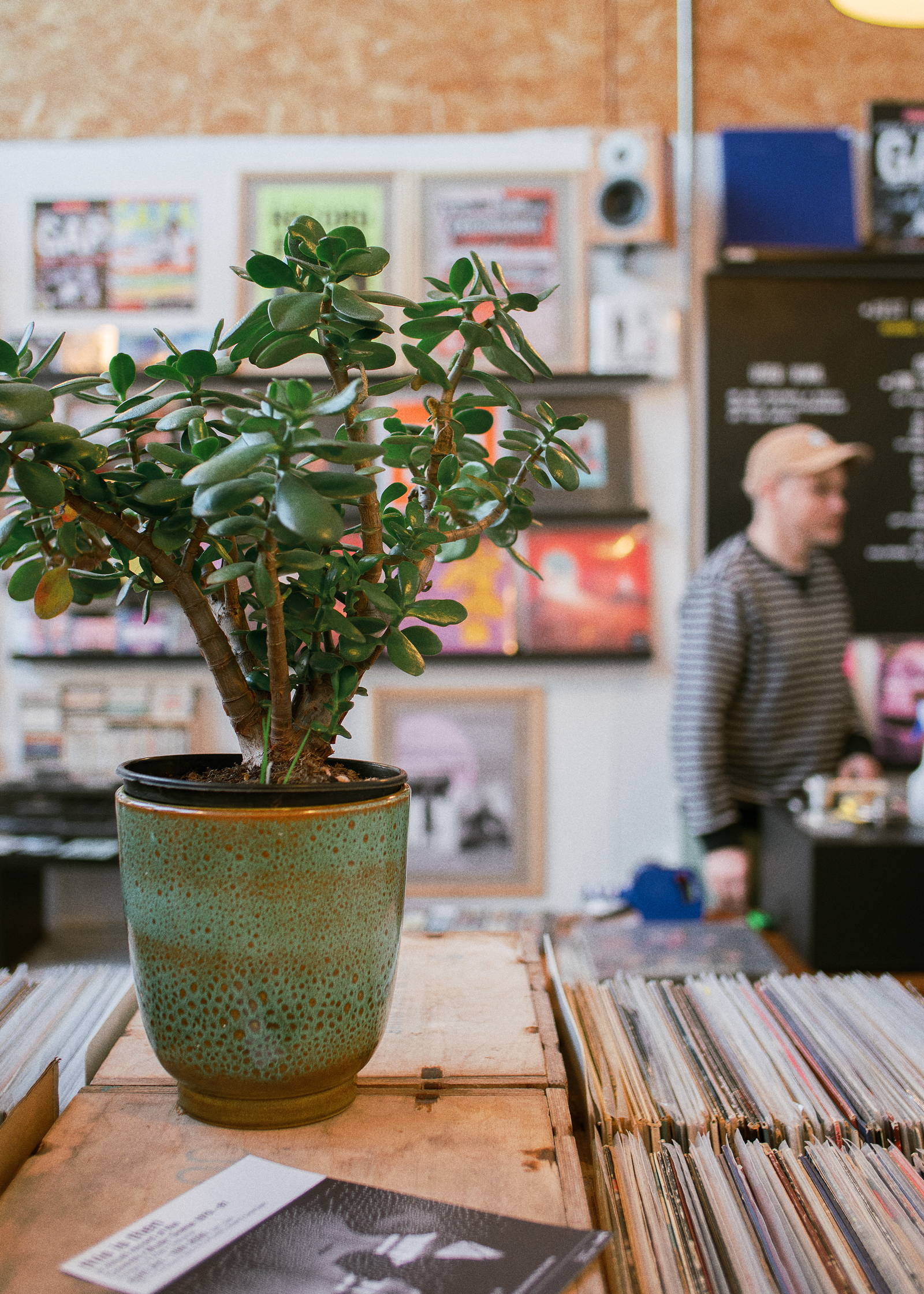 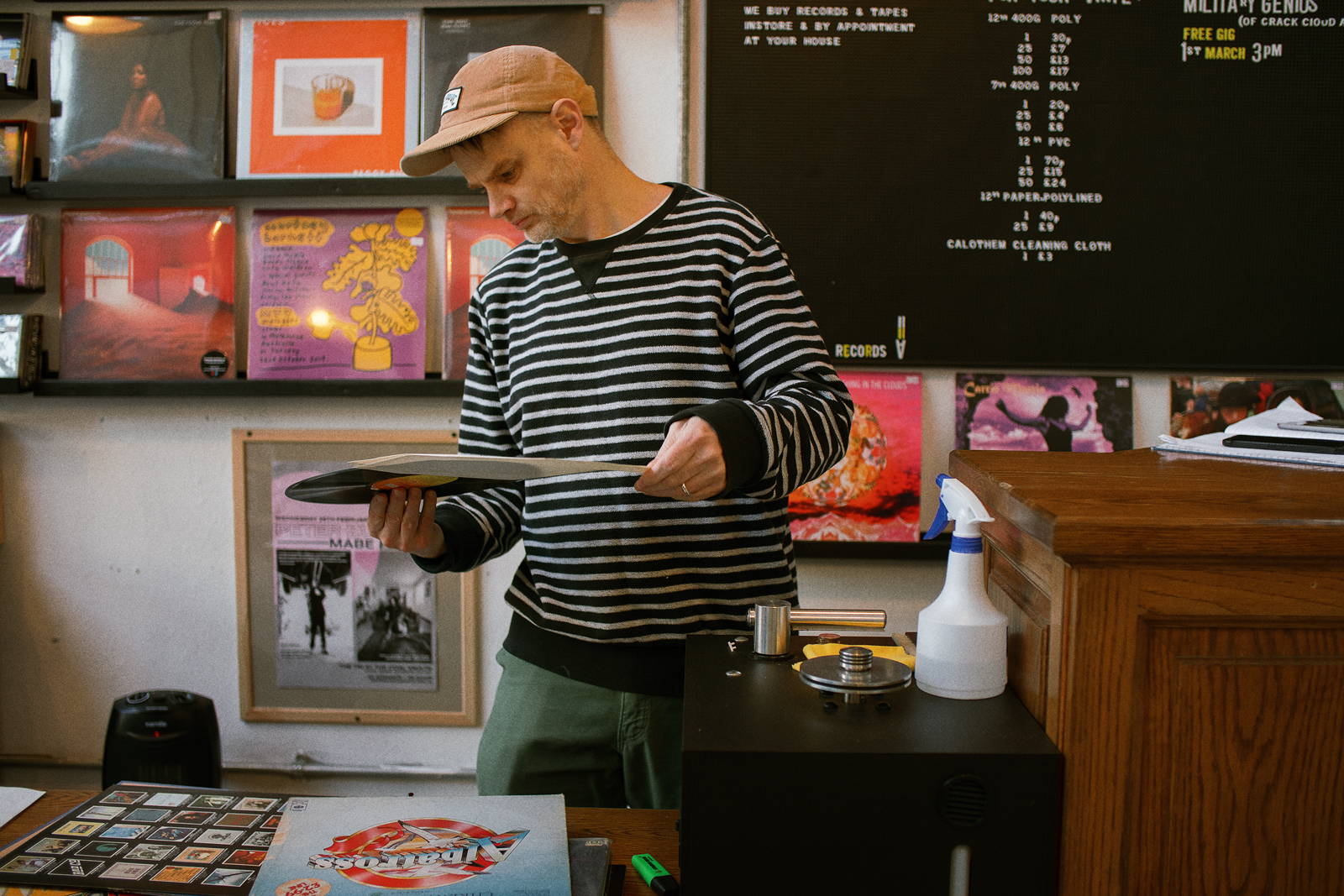 "I wanted to open a record store - as kind of a heart where people can find out about stuff, be old fashioned and put gig posters, and also local bands playing in store. Trying to create that scene, which a record store is an integral part of. We all go to things together"

Willow and Hive
When 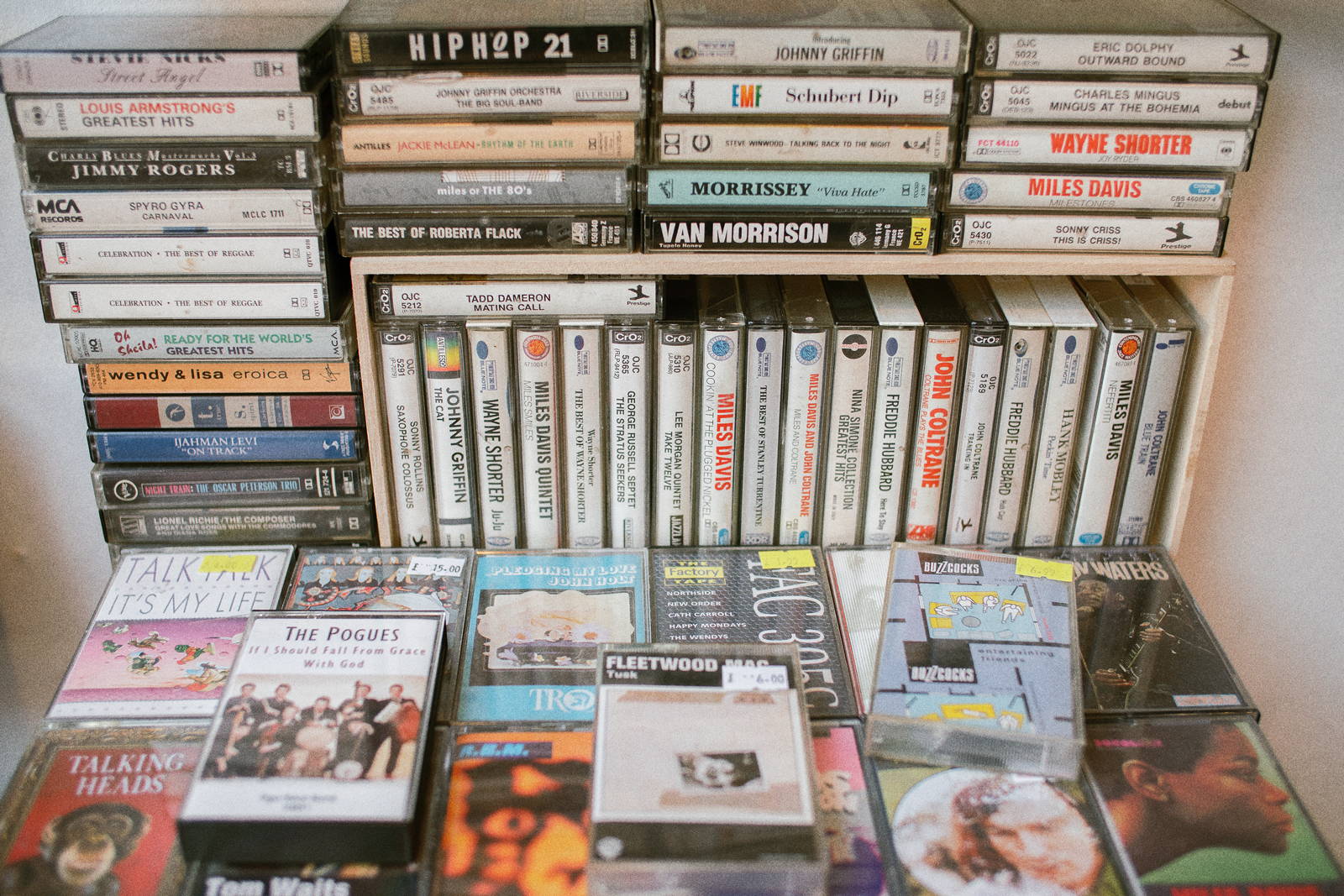 If you had to make a snap decision, what is your go-to favourite genre of music to listen to?
I’m inclined to say 60s/70s Soul. There’s something there for everybody - it’s uplifting to get you dancing or it can bring you down in tears. There’s so many classics in there whether it be James Brown or Al Green. “How Can You Mend a Broken Heart” gets me going every time!

Choose a favourite record that has influenced you and your life - you can choose just one!
I really like Modern Lovers first album [1976], it’s got that noisiness to it a bit like Velvet Underground but then there’s a tenderness in what he’s singing about. It’s an album I’ve always loved and gone back to.

What top 3 music releases of 2020 should we check out?
2020’s been hammered by the virus with lots of stuff being put back.
I really like the Porridge Radio album “Every Bad”.
Khruangbin - Psychedelic, soulful music. They’ve got a new album coming out I’m really looking forward to, it’s called “Mordechai”
Also the Soccer Mommy album “Color Theory”.
In the autumn there’s gonna be a huge mound of stuff that’s gonna come out. It’ll be strange - everyone will be competing for venues, and unfortunately there might be less around.

Best upcoming band to watch out for?
One of my customers sent me a recommendation last week - Mandrake Handshake. They’ve only got one thing on Spotify - I’ve been listening to it on my walks around the park, I don’t go for many because I get bored! But the last three walks I’ve played this, it’s great. Not that we should be doing handshakes at the moment.

What are your top 3 favourite pieces of album art?
Orange Juice - Can’t Hide Your Love Forever - with the dolphin on it
I love the old Beatles albums - With the Beatles, black and white on them
Elvis Presley - a greatest hits album where he’s wearing a gold suit 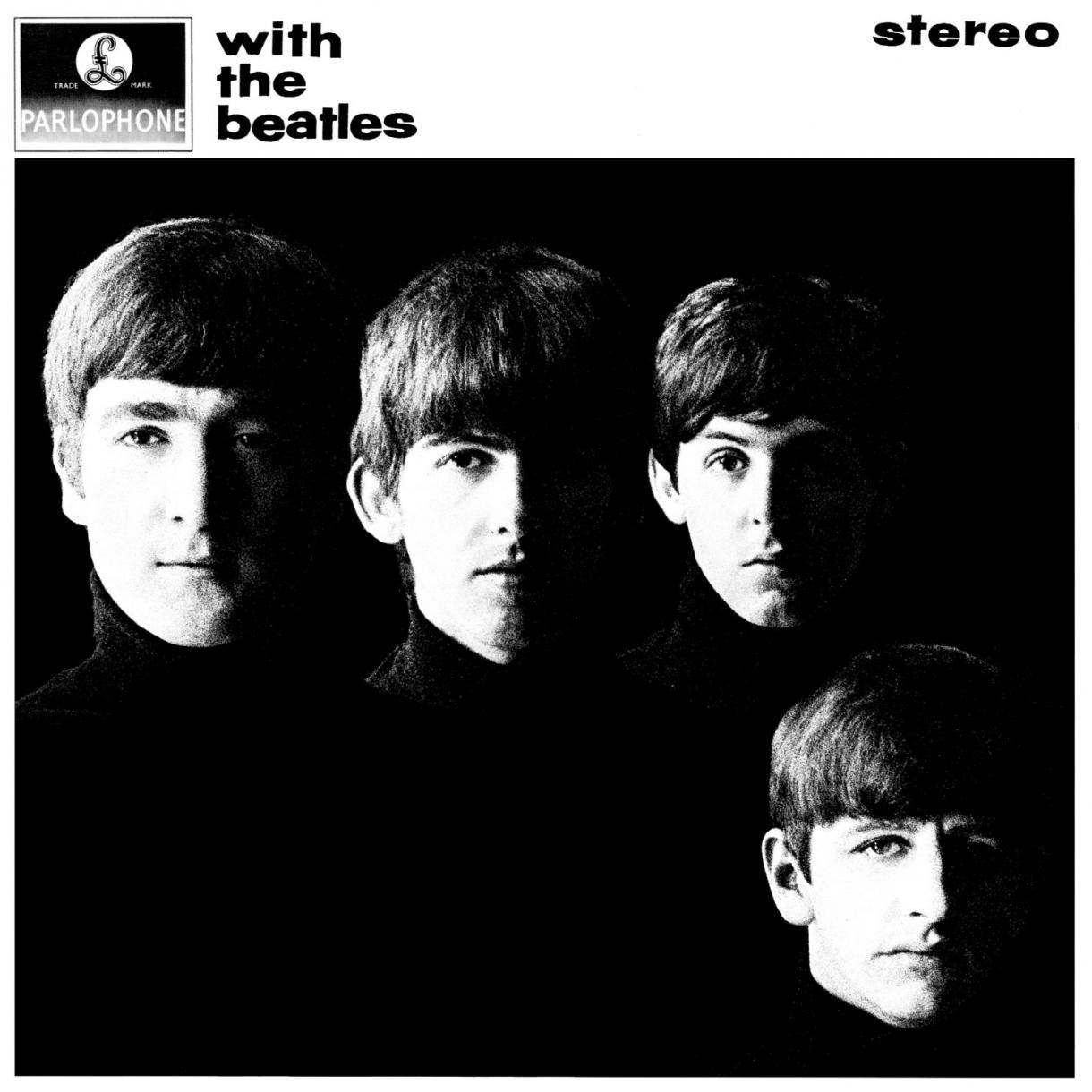 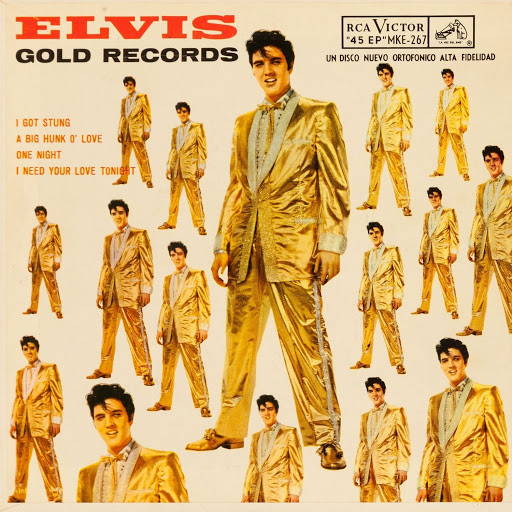 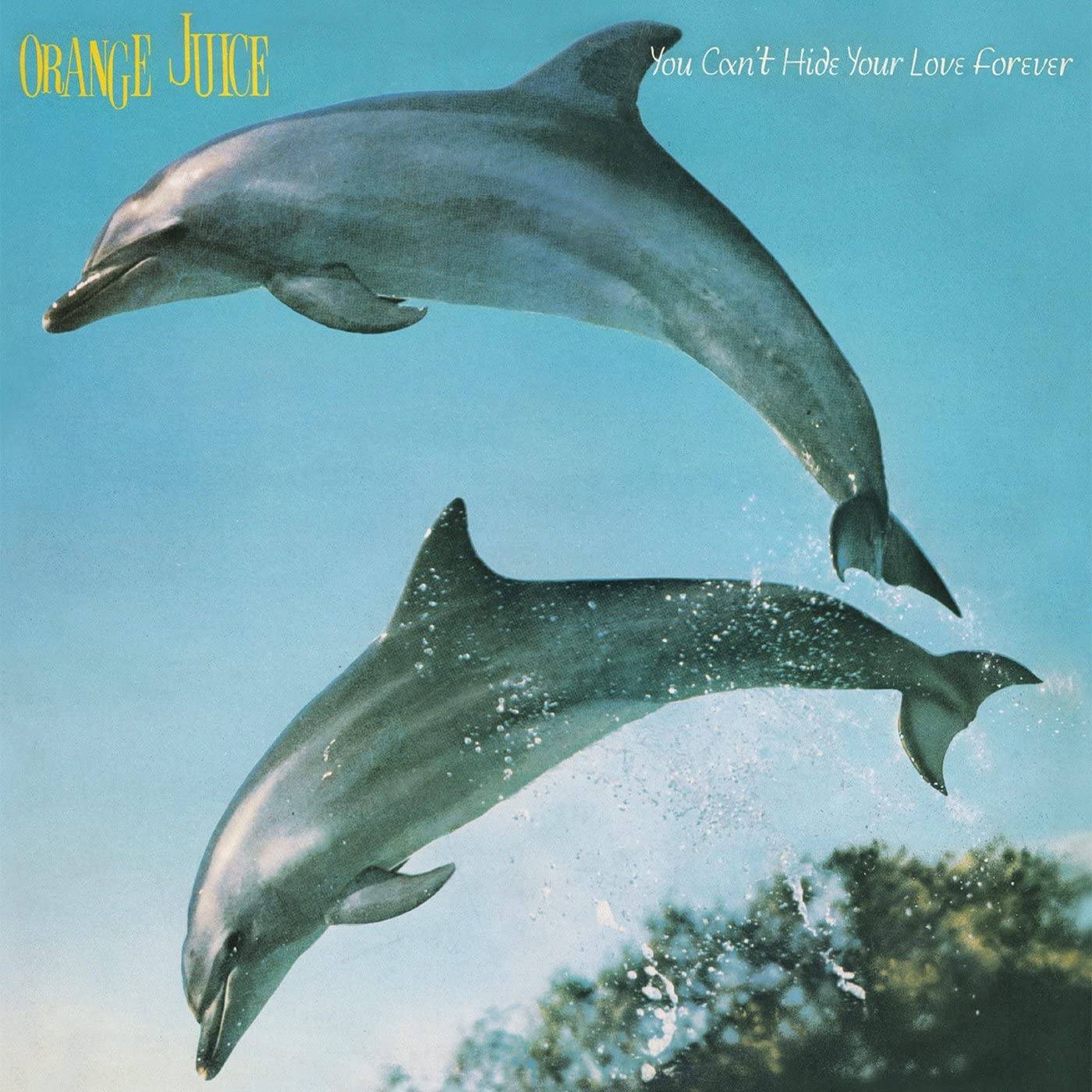 How about the best upcoming bands in Coventry?
I couldn’t possibly say! That said, I do enjoy Nim Chimpsky, I’ve seen them a few times. I always like a band that’s slightly on the edge of something… Completely endearing and good fun.

Your favourite moments of running Just Dropped In so far…?
I’ve loved the live bands, but I just love people coming in and seeing different people. It’s lovely to be in the store and see people who haven’t seen other people for a long time - that’s amazing because all of a sudden there’s hugs in the shop and people will go over to Twisted Barrel for a beer to catch up. That’s kinda the whole idea really. It’s nice making recommendations and people coming back to say they loved it. I’m glad people are finding music. I love it when people come in and recommend stuff to me, too. It’s really important having a rapport with customers - it makes things personal and different.


Do you have a pearl of advice to anyone looking at opening their own independent shop?
I was really lucky with this because there was lots of stuff I didn’t know. I found a unit that was pretty affordable and I asked a few people about Fargo and more importantly the business - I just started talking to people who ran record shops. I asked if they could help me and everybody said yeah, of course, what do you wanna know? My advice would be to just ask people, ask the questions. Most people will help you. That was invaluable for me, it gave me more confidence and I was less likely to make mistakes. The containers at Fargo are a perfect way to experiment and find out in a business is right for you. it’s the future of retail to have small units with short leases you can afford to take risks with. 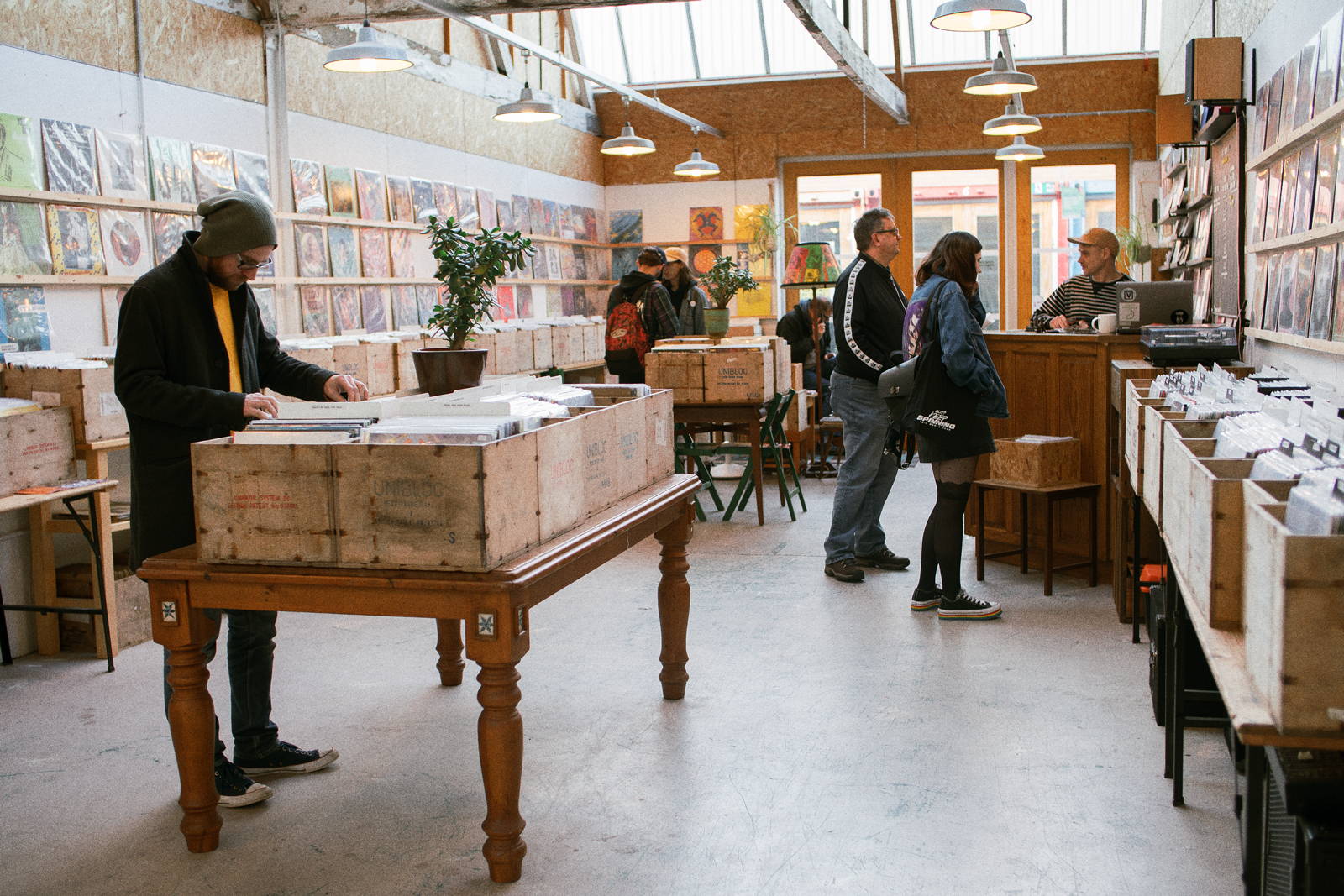 I’ve loved the live bands, but I just love people coming in and seeing different people. It’s lovely to be in the store and see people who haven’t seen other people for a long time - that’s amazing because all of a sudden there’s hugs in the shop and people will go over to Twisted Barrel for a beer to catch up. That’s kinda the whole idea really. It’s nice making recommendations and people coming back to say they loved it.

Top 3 things to do in Cov
Go to Fargo Village - Twisted Barrel and Print Manufactory, the whole Fargo thing
Go see a live band in Coventry - you don’t need to go to Birmingham you know!
The new Cathedral is a lovely building

Top 3 things to watch
I’ve been watching films with my daughter whilst in lockdown - we’ve liked:

Top 3 things to read
I mostly read music stuff on Twitter, I’m dyslexic so I read bits and chunks of stuff. Music magazines and articles. I de-cluttered all of my books a while ago, sometimes I read the odd music book.

Top 3 radio shows/podcasts
I listen to 6 Music quite a bit - Marc Riley, and Tom Ravenscroft - I trust him to take me down a good path. I listen to the Adam Buxton podcast which is a bit strange and funny.

Top 3 things you like at Print Manufactory!
It’s such a cool place. The atmosphere is interesting - people are always working on stuff, I want to have a look! You can’t go wrong with plants, prints, you know? Nice things. They’ve done a great job there.